She has sold in excess of 50 million records and was named the top jazz artist of the 2000's decade by Billboard Magazine.

Born in New York, the daughter of producer Sue Jones and sitarist Ravi Shankar, she was moved by her parents to Grapevine , Texas in 1986.  She attended Grapevine High school before transferring to the Booker T. Washington school for the performing arts in Dallas.  During summers, she attended the Interlochen Center for the Arts in Michigan.

She attended North Texas State University where she majored in Jazz piano and sang with the schools jazz vocal group.

She met Jessie Harris when he passed through Denton.  In 1999, she moved to New York and worked as a lounge singer for a period.  Within a few months she began a band with Jessie Harris.

In New York she signed with Blue Note Records  ( a legendary Jazz label ).

In 2003, Norah was nominated for eight Grammys and won five.

Time Magazine named her one of the most influential persons of 2004.

At the 2005 Grammys she won best best record of the year and best collaboration for "Here We Go Again", a duet with Ray Charles.

She continues to write and record.  Her records never fail with either the public or critics. 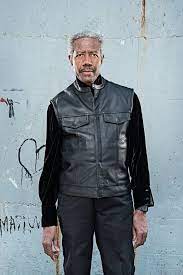 Harper moved to New York in 1966 and began attracting attention from some of jazzdom's giants - Gil Evans, Max Roach, Thad Jones, Mel Lewis, Lee Morgan, Art Blakey, and the Jazz Messengers. He performed, recorded, and toured Europe, Japan, Africa, and the United States from 1966 to 1979 with these groups and his own Billy Harper Quintet.

At 80 years young, Billy continues his musical journey with his group, the Cookers, touring the world.